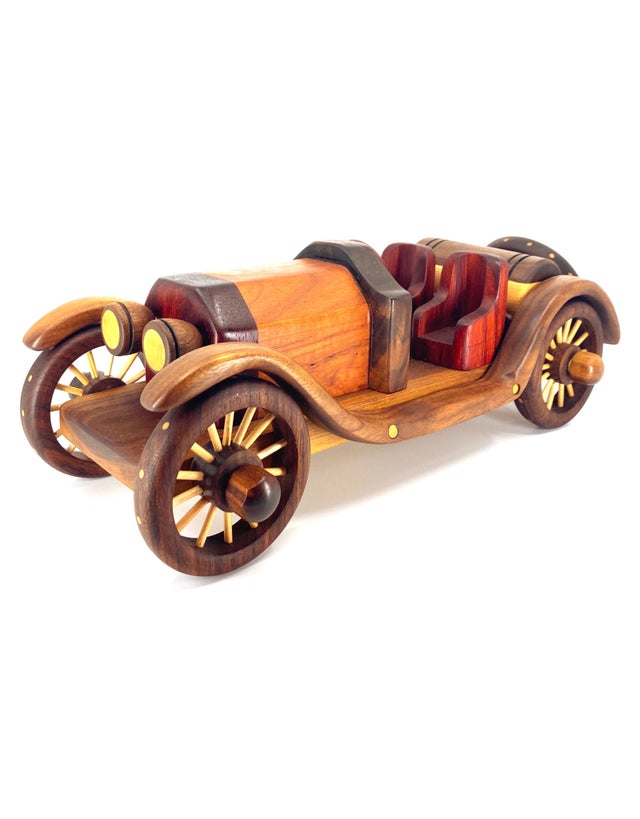 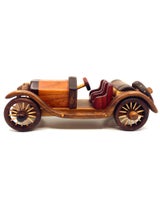 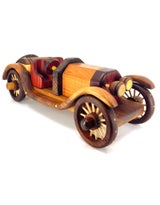 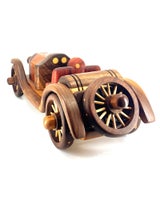 The Stutz Bearcat was an American sports car of the pre- and post-World War One period. Owning a Stutz Bearcat became a status symbol for the wealthy of the era. In 1914 it was priced at $2,000, almost four times that of the basic American made Model T. The colorful history and rakish image of the Stutz Bearcat made it one of the better known antique cars to later generations of Americans. It was often associated with the "Roaring 20s" and college students of that period. Made with walnut, cherry, and rosewood accents.

* Slight variations are the nature of handmade items.

Add to Cart
Powered by